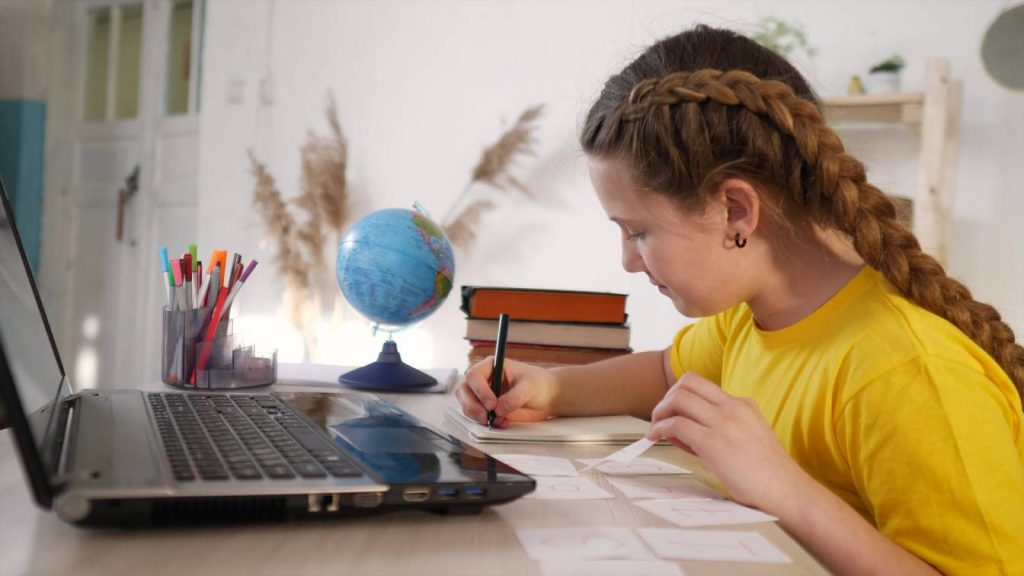 Learning Arabic online can be the best gift you can present to your kids at a young age that they’ll appreciate when they get older. However, things are not as easy as it seems, and that’s why Noor Academy is here to answer all your questions about how to learn Arabic online for kids.

Is It Hard To Learn Arabic?

Because of its complex rules and extensive Arabic vocabulary, the Arabic language is regarded as one of the most difficult to learn.

However, with patience and basic steps, you will be able to learn Arabic easily online, and your efforts will be rewarded.

Arabic is a highly sought-after language in the United Nations, and its students have enormous potential.

The level of difficulty you’re expected to encounter when you decide to learn Arabic mainly depends on your age,

your mother tongue, and your dedication to learning the language. The sooner you start learning Arabic online, the better.

That’s why it’s necessary for parents to sign up for “Arabic for children” classes at a young age to save them years of struggling with language learning.

Noor Academy’s courses are your solution when it comes to Arabic learning for kids.

Your mother tongue also affects your struggle with learning, the closer your language’s origin to Arabic, the easier it’ll be to learn it,

As long as you’re dedicated to learning the language, you’ll get to proficiency faster than others.

How To Learn Arabic Quickly?

Setting a clear end goal is your first step in learning Arabic quickly. Educating yourself on the two different types of Arabic and deciding,

which one will be more beneficial for you saves you lots of confusion and hesitation when it comes to learning.

Despite the fact that they are both parts of the Arabic language, each has a distinct function.

Standard Arabic is more widely used than classical Arabic because it is easier. It may be found in nearly any medium, including television, movies, publications, and radio broadcasts.

If you want to learn how to read, memorize, or understand the Quran, classical (Quranic) Arabic is a fantastic place to start.

If you wish to visit an Arabic-speaking nation or learn to speak Arabic fluently, learning modern standard Arabic is the best option.

Because the two types of Arabic are quite similar, after you’ve mastered one, you’ll be able to quickly master the other.

We know it’s a given, but it’s vital to highlight that you must first master the Arabic alphabet online. People attempt to avoid this stage because they believe it is a waste of time,

but they end up confused. You learn the letter first, then a word, then many words to create a phrase using appropriate Arabic grammar, and so on.

So you can’t possibly ignore the first step and expect everything else to fall into place.

How To Learn The Arabic Alphabet

Learning the alphabet can be a little tricky for both adults and kids. However, you can watch videos, read short words,

and listen to Arabic educational content that thoroughly explains each letter and its forms.

To speed up this process, you may sign up for Arabic lessons for kids at Noor Academy to allow them to learn in an easy way without leaving the house.

The course uses Arabic learning games for kids that make online Arabic classes for kids is a fun journey!

Not just the alphabet, with Noor academy, learning Arabic numbers for kids has never been easier!

You may see tiny symbols put above or under the Arabic letters if you are learning how to read and speak Arabic for beginners. In Arabic, this is known as Tashkeel.

They’re vowel marks that are put above or under the constant letter to indicate how it should be pronounced.

These marks determine the meaning of the words and can alter the whole meaning of a sentence. They may not be present in all forms of Arabic writing, such as the Modern Standard.

You must listen more regularly if you want to master Arabic speaking fast. There are several Arabic podcasts available that employ both classical and Modern Standard Arabic.

You may choose whatever one appeals to you and make it a regular ritual within your learning activities. You’ll be able to see results in a few weeks.

and you can’t do that if you don’t know how to look them up from the start.

Words in an Arabic dictionary are often structured around three-letter origins (Alif, Waw, Yaa’). To look up a word,

first identify what the root is and what letter the root starts with, which is not necessarily the first letter in the word.

Using a dictionary requires practice, but the sooner you master it, the better. It will make everything easier for you.

Immersion in any language you wish to learn is also a good way to learn Arabic. If you want to acquire as much Arabic terminology as possible, for example,

the best way is to see it, hear it, write it, and say it.

So, in order to obtain the desired results, attempt to combine as many of these activities as you can.

Even if you’re still studying, try to have a discussion with an Arabic speaker to put what you’ve learned into practice. If you don’t have an Arabic-speaking buddy,

there are thousands of Arabic learners all around the world that you may contact through language exchange websites.

You may also sign up for the Arabic Conversation lessons in Noor Academy and practice your language with an Arabic tutor,

who knows how to professionally direct you to the right way of learning and conversing in fluent Arabic.

How To Speak Arabic Fluently?

Here is a list of helpful tips that can help you speak Arabic fluently:

How Long Does It Take To Learn Arabic?

To calculate how much time it will take to learn Arabic, consider the following two variables:

The amount of time you spend each day learning Arabic (in minutes or hours) and the number of days and months you are willing to endure.

It is commonly assumed that in order to learn Arabic properly, at least 2200 hours of Arabic courses spaced out over 80 weeks are required.

In other words, a year and a half of regular and serious language study.

However, by considering the above-mentioned variables, you may learn Arabic in less or more time. You don’t need to be concerned about the duration;

what matters is how far you’ve progressed in your Arabic study and what you need to focus on to go further.

No, Quranic Arabic is slightly different from normal Arabic. Normal Arabic here refers to MSA which we discussed above,

while Quranic Arabic is more similar to the classic one, and it’s based on the medieval languages of Arab tribes.

The language of the Quran may differ slightly from current Arabic because it was written as early as the sixth century A.D.

However, The sentence structure is identical to that of current standard Arabic.

The classifications, context, and some of the terms used differ greatly. The syntax and punctuation of words change somewhat between the Quranic and current standard forms of Arabic.

Special symbols are used in Quranic Arabic to indicate appropriate articulation and to accentuate effects such as pauses between words.

How To Learn Quranic Arabic Online?

Parents really care about teaching their kids Quranic Arabic first as it is used to help them recite and memorize the Quran at a young age.

However, since the restriction of the pandemic closed all centers, some parents feel like they can’t accomplish that.

That’s why learning Quranic Arabic online is the best choice to learn and teach your kids,

how to read and memorize the Quran without leaving the house or struggling with the tight schedule of 9 to 5.

You can learn Quranic Arabic online with Noor Academy’s courses with professional Arabic and Quran tutors.

You can entrust them with your learning objective and rest assured that you’ll meet it as soon as possible.

These tutors are also well-trained to deal with children of all ages so you don’t have to worry if your child is too young to commit to a class.

PreviousSurah Nuh | How Many Times Mentioned In Quran?
NextSurah Ikhlas | One-third Of The Quran Why does surah naml have 2 bismillah? | Noor Academy Why Sadaqah is used instead of Zakah surah tawbah?