Is Surah Fatiha Compulsory In Salah? 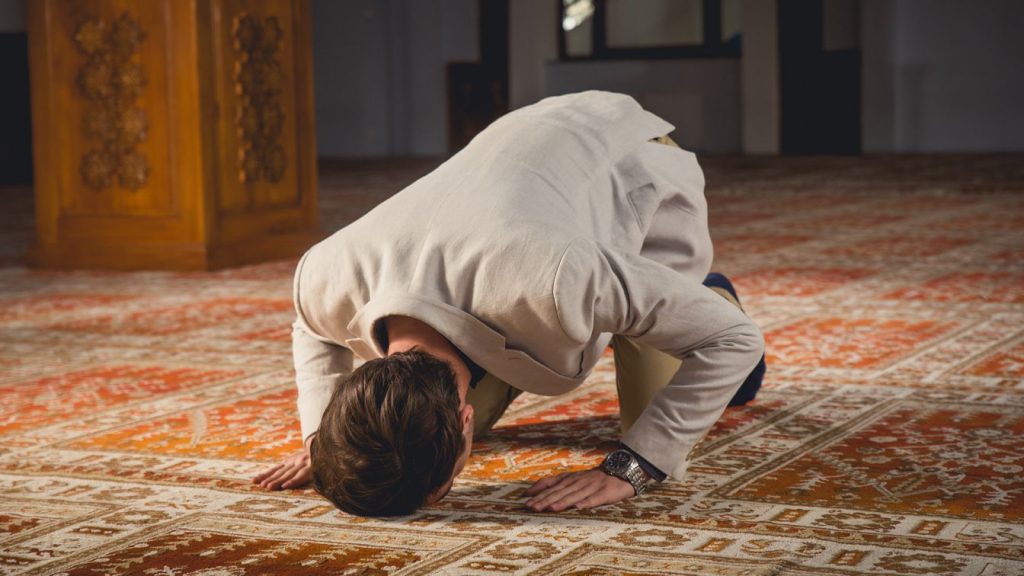 New Muslims, and sometimes children, are frequently curious about the qualities and values of Surah Fatiha and why it holds such a prominent place in Quran Kareem, and therefore in Islam. One often asked question is, “Is Surah Fatiha compulsory in salah (prayer)?”

Well, if you want to know more about the detailed answer, keep reading!

What is Surah Al Fatiha?

which are a prayer for guidance and mercy.

But, why is this surah given the name Al-Fatihah? The literal translation of “al Fatiha” is “The Opening” or “The Opener”.

Since it’s the first chapter of the book, it’s called its opener.

The most widely recognized opinion concerning the surah’s origins is that it is a Meccan surah, according to Ibn Abbas and others,

but, some say it is either a Medinan surah or was revealed in both Mecca and Medina.

According to most narrators, al Fatiha was the first complete Surah given to Prophet Muhammad (Peace Be Upon Him).

Ascertain scholars have argued that this chapter is a summation of the whole Quran, it seems to be an exact table of contents of the Quranic message.

When the Prophet Muhammad (PBUH) promised a companion that he would teach him the most important chapter in Quran Kareem,

What Is The Meaning Of Surah Fatiha?

Surah Al Fatiha has been split into two halves between Allah and His servant (the one reciting),

The chapter opens with thanking Allah with the phrase ‘Alhamdulillah’ and declaring that it is Allah who has full control over all creatures,

that He is Ar-Rahman Ar-Rahim or the Most Gracious and Merciful, and that till the Day of Judgement,

He is and will be the rightful owner of everything and everyone.

The following three verses begin with the servants declaring that they worship and seek solely Allah’s aid,

asking Him to direct them to the Sirat al-Mustaqim (the Straight Path) of those to whom Allah has been generous,

rather than those to whom Allah has been wrathful.

What Is The Translation Of Surah Fatiha In English?

Is Surah Fatiha Compulsory In Salah?

Al-Fatiha is recited in obligatory and voluntary salah. The first thing you do in salah after saying Allahu Akbar,

then reciting Surah Al Fatihah then reciting surah after fatiha. In 4-rakaat prayers, you recite only al Fatiha starting from the third and fourth rakaat.

On the authority of Abu Hurayrah (May Allah Be Pleased With Him) from the Prophet (Peace And Blessings Of Allah Be Upon Him), who said:

“A prayer performed by someone who has not recited the Essence of the Quran during it is deficient (and he repeated the word three times), incomplete.”

Surah al Fatiha was mentioned in the Prophet’s Hadith. Abu Hurayrah said that the Messenger of Allah said:

When the servant says : ‘Al-hamdu lillahi rabbi l-alamin’, Allah says: – ‘My servant has praised Me.’

says: ‘Ar-Rahmani ar-Rahim’, Allah (mighty and sublime be He) says: ‘My servant has extolled Me ,’

says: ‘Iyyaka na’budu wa iyyaka nastaeen’, He says: ‘This is between Me and My servant, and My servant shall have what he has asked for.’

He says: ‘This is for My servant, and My servant shall have what he has asked for.”

A companion once recited surah al Fatihah over a scorpion bite, to which the Prophet responded to him saying

According to some additional narrations, reciting this Surah 70 times on any area of the body that is in agony would cause the pain to disappear.

This surah offers a prayer for protection from misguidance and Allah’s wrath. As a result, the heart is protected against tainted knowledge and bad intentions.

The passage also contains the hidden remedy for both of these diseases.

“You (Oh Allah) we worship and from You do we seek help”.

Salah (prayer) is invalid without reciting al Fatiha in every rakaat (unit). Ubadah bin As-Samit said that the Prophet of Allah (PBUH) said,

“There is no prayer for whoever does not recite the Opening of the Book.”

According to the commentary of Majma’ul Bayan, the Holy Prophet (PBUH) said that whoever recites Surah Fatiha,

that will receive the reward for reciting two-thirds ⅔ of the entire al Quran al Kareem,

as well as the reward equivalent to what would be gained by giving charity to all believing men and women all around the world.

Here’s Surah Al Fatiha with Tajweed by Mishary Al Afasy’s best recitation so you can listen to it repeatedly,

and notice tajweed rules in Surah Fatiha in order to recite it perfectly.

You can learn surah Fatiha step by step with online Quran learning classes at Noor kids.

With Noor Academy, your kids get to learn with online kids Quran tutor specialized who know how to simplify Quran recitation, memorization,

also, sign up for Quran learning for kids to raise them up on the correct recitation and Tajweed of the whole Quran, not just surah al Fatiha.

and Tajweed for children of all ages to understand and digest.

Where was Surah Fatiha revealed?

why did Iblis cry when surah Fatiha was revealed?

Which Surah is Known As Asas Al Quran?

Surah Fatiha is known as Asas Al Quran. The reason is that it’s considered the summary of the whole Quran. Quran Kareem starts with it,

and there’s no Salah (prayer) accepted before Fatiha is recited following another Surah from the Holy Quran.

What is The Other Name Of Surah Fatiha?

an appellation is taken from verse 15:87 of the Quran), and Al-Hamd (praise).

PreviousWhat Is Idghaam With Ghunnah And Idghaam Without Ghunnah?
NextTajweed Rules Ikhfa Made Simple – Even Your Kids Can Do It