Surah Ikhlas | One-third Of The Quran 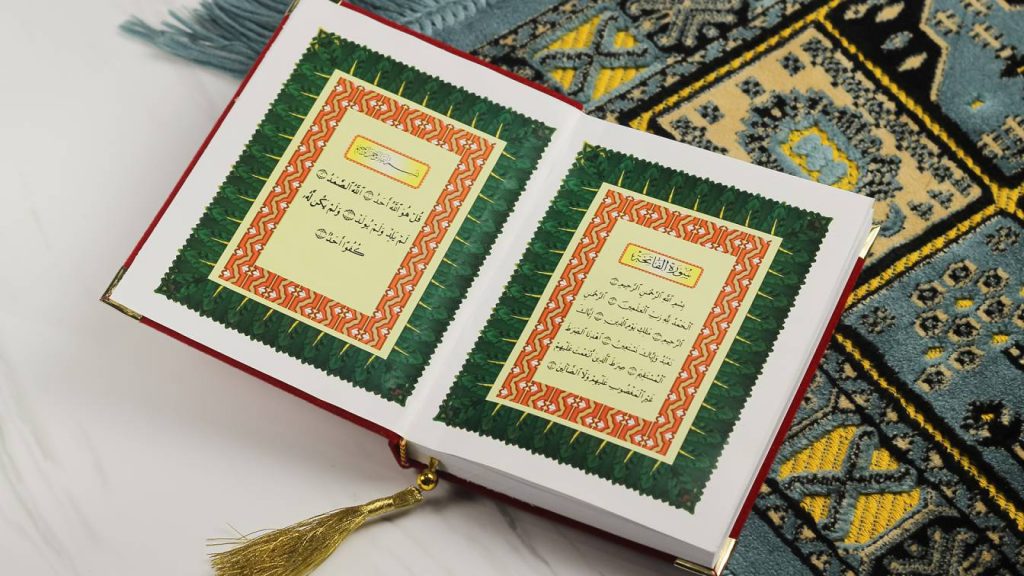 Surah Ikhlas is one of the shortest chapters in the Quran, yet it is one of the most profound. It is a chapter outlining the foundation of the Muslim’s faith, and it is equal to a third of the Quran. Learn all about Surah Ikhlas with Noor Academy in these upcoming answers.

What Is Surah Ikhlas?

The Surah is the Quran’s 112th chapter. It is merely four ayahs (verses), yet it encapsulates Islam’s essence. Allah SWT is one,

and nothing compares to Him.

As an assertion of Allah’s oneness, it rejects all kinds of polytheism and idolatry. This is critical because the absolute belief that Allah is One is the cornerstone of our religion. We worship Allah alone; He has no companions, partners, or aids. Worship is entirely focused on Allah because He is the only One deserving of worship.

Because it is entirely concerned with Tawhid, al-Ikhlas is not only the name of this surah but also the title of its contents.

The surahs of the Quran are typically named after a word that occurs in them, however, the term Ikhlas appears nowhere in this surah. This name was given to it because of its meaning and topic matter.

After a person has learned the basics of the five daily prayers they are usually anxious to recite the shorter surahs of the Quran in their prayers, and almost always surah Al-Ikhlas is one of them.

(Say: “He is Allah, One.”) meaning, He is the One, the Singular, Who has no peer, no assistant, no rival, no equal and none comparable to Him. This word (Al-Ahad) cannot be used for anyone in affirmation except Allah the Mighty and Majestic, because He is perfect in all of His attributes and actions. Concerning His saying,

(As-Samad.) is the Master Whose control is complete.”

Allah is Above having Children and procreating

(He begets not, nor was He begotten. And there is none comparable to Him.) meaning, He does not have any child, parent, or spouse. Mujahid said,

(And there is none comparable to Him.) “This means He does not have a spouse.” This is as Allah says,

What Is The Story Behind Surah Ikhlas?

During the early days of Islam, Surah Ikhlas was revealed to Prophet Muhammad (Peace and Blessings of Allah Be Upon Him) to teach pagans a lesson. Mecca’s polytheists and pagans came to the prophet one day and challenged him, asking, “Give us the genealogy of your Lord.” That’s when Allah revealed this surah.

Where Was Surah Al Ikhlas Revealed?

According to some traditions, surah al ikhlas was revealed in Madinah; nevertheless, it appears from narrations given in this matter that it was more likely revealed in Mecca since it came as a response to Quraysh’s (Meccan tribe) request to Muhammad (PBUH) to describe his Lord.

How To Recite Surah Ikhlas?

In order to learn how to recite Surah Ikhlas, you need to read, listen, and recite it repeatedly. If you want to teach Quran for kids, you can sign up for online Quran classes for kids with a professional tutor who can teach them how to properly recite the whole Quran.

Here’s surah ikhlas translation and its original text in Arabic to practice its recitation with your kids:

Allah is He on Whom all depend,

He begets not, nor is He begotten,

Nor has He any equal.

Teaching the meaning of surah al ikhlas is easy for kids. It’s just 4 ayats and it’s very easy and simple to learn. It is one of the first surahs that many Muslims remember learning as a child and this is also true for those who convert to Islam.

You can teach your kids the meanings yourself, explain ayah by ayah and let them absorb the meanings of every single one. Check out this explanation:

Among the best online Quran classes for kids in Noor Academy, Quran Tafsir for kids is included. Your kids can learn with Noor Kids; Noor and Nora House of Quran, the meanings of every Quran verse in a simple manner.

surah ikhlas recitation may be a way to enter Paradise and win Allah’s favor. Some of the many benefits of loving, reciting, and abiding by the concepts presented in this brief surah may be found in the Hadith.

Here are some benefits of reading and memorizing Surah Ikhlas:

It Equals One-third Of The Quran

According to Abu Said Al-Khudri, a man overheard another man repeating in prayer: “He is Allah, the One.” And he recited it again and again. When it was morning, he went to the Prophet and told him of this, as if the recital of that Surah was insufficient. According to Allah’s prophet:

“By Him in Whose Hand my life is, it is equal to one-third of the Quran.”

On another occasion, our glorious prophet said:

“Is there anyone of you who is unable to recite one-third of the Quran in a night? One of those who were present said: O Prophet of Allah! Who has the ability to do so? In reply, the Prophet said: recite Qul Huwallahu Ahad (Surah Ikhlas).

A man came to the Prophet complaining of poverty and a scarce livelihood; the Prophet asked him to give greetings when he entered the house if there was someone in the house and if there wasn’t, to give Salam and recite Surah Ikhlas. The man did so and Allah SWT graced him with sustenance, so much so that he bestowed it upon his neighbors.

When the Prophet was praying over the body of Saad bin Maaz, he said:

“70, 000 angels, among whom Gabriel or Jibraeel was also present, participated in the prayer! I asked Gabriel which action of his made him deserving of your prayer for him? Gabriel replied: because of his recitation of Qul Huwallahu Ahad while sitting, standing, getting on (his ride), walking, and in his comings and goings.”

Makes One Worthy Of Allah’s Love

Let’s know about an interesting story. Prophet Muhammad (PBUH) once sent a man to conduct an expedition. Throughout the trip,

this man ended his recitation of the Quran with Surah Ikhlas at the end of each prayer. When his friends returned, they told this to Prophet Muhammad, who said, “Ask him why he did so.”

When asked, the man responded, “In this surah, the qualities of the Merciful Allah are mentioned; hence, I love to repeat it again and again.” When the Prophet Muhammad (PBUH) heard this response, he addressed the people, saying:

“Inform him that Allah holds him in great love and esteem.”

According to Majma‘ al-Bayan fi Tafsir al-Quran, the Prophet also stated that anyone who believes in Allah SWT and the Hereafter should not stop surah ikhlas recitation after every Salah (prayer) because Allah SWT will assemble the good things of this world and the next for the one who recites it and will erase their sins, his parents, and children’s.

What Are The Rewards Of Reciting Surah Ikhlas 3 Times?

Since it’s been proved in many Sahih Hadith that reciting Surah Ikhlas is equivalent to reciting one-third of the Quran,

reciting Surah Ikhlas three times is equivalent to the reward of reading the whole Quran once.

Why is Surah Ikhlas One-third Of The Quran?

Abdullah ibn Umar reported: The Messenger of Allah, peace, and blessings be upon him, said, “The chapter, ‘Say: He is Allah the One,’ (112:1) is equal to one-third of the Quran. The chapter, ‘Say: O unbelievers,’ (109:1) is equal to one-fourth of the Quran.” Ibn Umar said, “The Prophet would recite either of them in his two cycles before the dawn prayer.”

Grade: Sahih li ghayrihi (authentic due to external evidence) according to Al-Albani

The reason why it’s considered one-third of the Quran has never been explicitly revealed.

However, Muslim scholars argue that it’s because it contains the most important notions of Islam in just 4 verses.

surah al ikhlas reveals that Allah is the One and Only Who deserves to be worshipped; the Singular Who has no partners; the Unique Who has no equal; the Almighty

You can learn Quran for kids in Noor Academy where your children can learn all about the Quran aspects in one professional and credible place. Check out the course now!

Surah Kausar | Benefits And Rewards Of Reading It

How Many Pages Are In The Quran? | Noor Academy 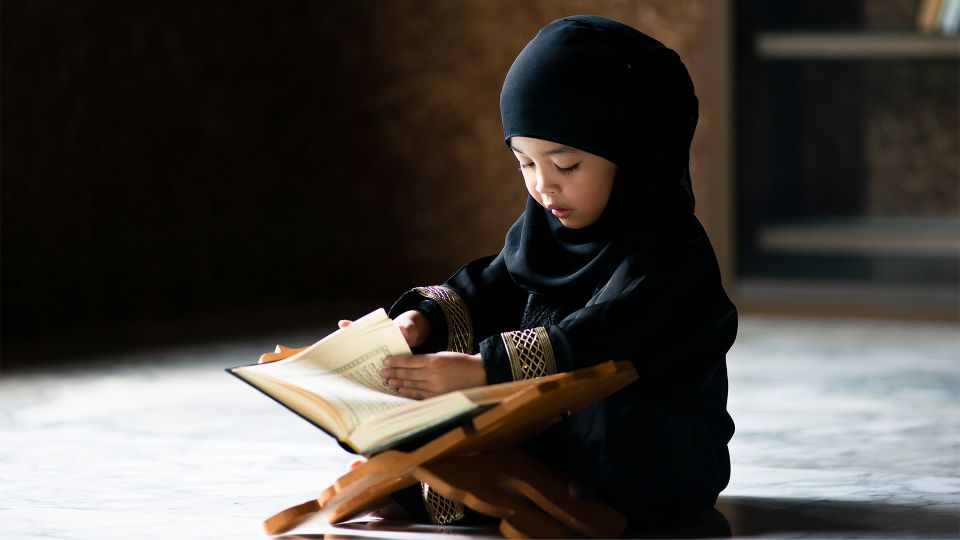 How To Memorize Quran In One Year? | Noor Academy