Surah Kausar | Benefits And Rewards Of Reading It 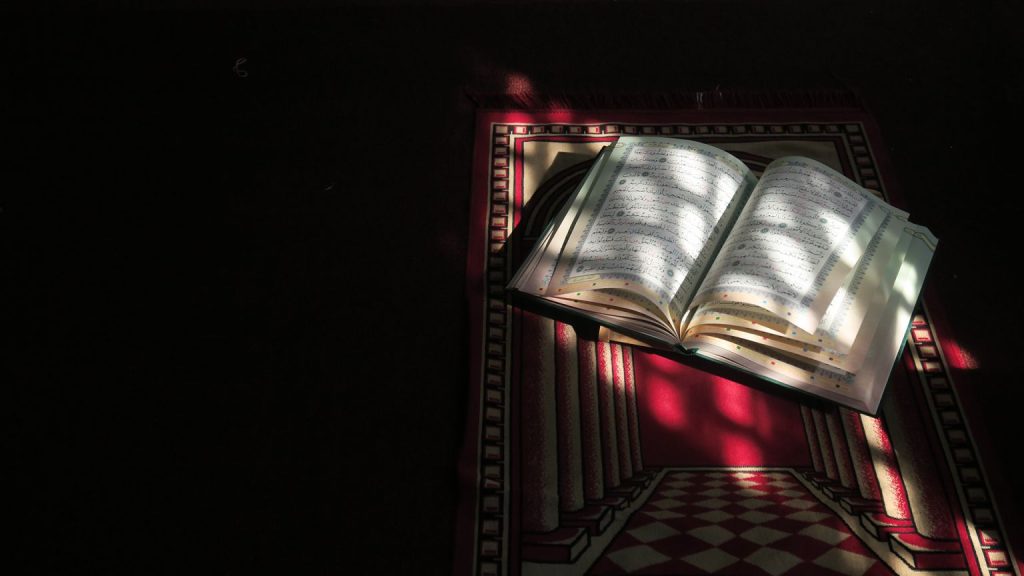 Every Surah in the Quran has major advantages. The reading of Surah Kausar is also linked with several rites and advantages. A person who recites
Surah Al-Kawthar ( Inna Ataina Surah ) on a regular basis will undoubtedly get benefits on the Day of Resurrection.
Let’s know more about the shortest Surah of al Quran and the benefits that are associated with it.
what is Al kawthar?
Al-Kawthar means abundance in Arabic, and it is also the name of a river in Jannah that Allah (SWT) has given Prophet Muhammad (PBUH) and from which the faithful shall drink on the Day of Resurrection (Yawm Al-Qiyamah).
“Verily, we have blessed You with Al Kausar”
(Surah al Kausar)
kawthar can alternatively be translated as Cistern. This Cistern will be placed at the location where the ummah of Muhammad (PBUH) would congregate on the Day of Resurrection. The water for this cistern will be drawn from the river of Al-Kawthar in Jannah.

Anas (May Allah Be Pleased With Him) said that the Prophet (PBUH) was asked about Al-Kawthar and he said:
“That is a river which Allah SWT has given to me, in Jannah. It is whiter than milk and sweeter than honey,
and in it are birds whose necks are like the necks of camels.”

What Is The Meaning Of Surah Kausar?
The idea of dedication and sacrifice is summed up in Surah Kausar.

This Surah is first and foremost addressed to Prophet Muhammad (Peace Be Upon Him), and then to the rest of the Muslims via him.
Surah Al Kawthar , inna ataina surah (Arabic: سورة الكوثر‎, “Abundance”) is the 108th surah of the Quran and the shortest. There are several differing opinions as to the circumstances under which it was revealed. According to Ibn Ishaq, it was revealed in Makka, sometime before the Isra and Mi’raj.
Surah Kausar sums up the doctrine of spiritual riches through devotion and sacrifice. This Surah is foremost directly addressed to Prophet Muhammad (SAW) and through him to the rest of the Muslims. It is the 108th and the shortest of the Quran, composed of only 3 verses.

benefits of reading surah kausar
List of Benefits of Reading Surah Kausar all surahs in the Holy Quran has many lessons that can be learned from surah Kausar.
Here are some lessons one can learn by reading and reflecting on this surah:

Allah Almighty never abandons His prophet and supports him at all times, especially when he is insulted by his enemies.
The abundance that was given to Prophet Muhammad was so great that Allah commanded him to pray to him and sacrifice a camel in celebration of it.
Fatimah az Zahra, the clear example of Kausar and abundance, has such a high station that a whole chapter is revealed in her honor. She is such a noblewoman that the Prophet’s lineage continues from her.
The enemies of Allah and the Prophet will always suffer loss and they are the ones without posterity.
One who recites Surah Kausar, Allah (S.W.T) Will Surely feed him water from “The Canal of Al-Kawthar.” “This is a Fountain at which my Ummah will assemble on the Resurrection Day. [Muslim].
” I shall have arrived at the Fountain before you.” [Al-Bukhari].
under the protection of Allah and all the fear of enemies fades away.
Recitation of Surah Kausar brings prosperity and wealth to one’s 14- life who previously has limited sources of earning.
The person whose children don’t remain alive after birth.
should recite Surah Kausar For 41 days 7 times after Fajr prayer.
With the blessing of Allah And Surah Kausar, his generation remains alive.
Why Was Surah Kausar Revealed?
Despite the fact that it is a brief surah, its meaning and message are enormous in importance and hope.

because it was during this period that the prophet’s enemies referred to him as Abtar, which means “cut off,”

because both of his male children from his wife Khadija (May Allah Be Pleased With Her) had died.

This was also the time when the Muslims were few in numbers and weak compared to the enemies of Islam.

Allah SWT revealed this surah to tell prophet Muhammad (PBUH) that He granted him a river in Jannah,

then told him that his enemies are the cut-off ones.

Anas (May Allah Be Pleased With Him) once narrated the incident in which the surah was revealed while the Holy Prophet was among them.
“In the meantime, He dozed; then He raised His head, smiling, according to some traditions,
the people asked what for He was smiling, according to others, He Himself told them that a Surah had just been revealed to Him.
Then, he recited surah kosar; then he asked the people whether they knew what Kausar was.
When they said that Allah and His Messenger had the best knowledge,
He said; It is a river which my Lord has granted me in Paradise.”
(Muslim)

When Should I Read Surah Kausar?
The times when you recite surah kaisar is connected with your goals of recitation. Let’s take a look at the best times you can recite Surah and what you get from it:

Surah Kausar
What Number Is Surah Kausar?
Surah Kausar is the 108th chapter in the holy Quran (Shortest surah in Quran ). It falls in the 30th and last para (Juz) of the Quran.

It is the shortest of the Quran Kareem, with only three verses. This is one of the most popular surahs since almost every Muslim knows it by heart.
How Many Words Are In Surah Kausar?
Surah Kausar has 10 words. It has only 3 ayat and each ayah consists of 3 words except for the last one which consists of 4 words.

Since reading one letter of the Quran is given one Hasanah, reading 42 letters gives 42 ones and each hasanah is multiplied by ten.

Prophet Muhammad (PBUH) was the one who taught us these thousands of years ago:
“Whoever recites a letter of the Book of Allah will be credited with a good deed and a good deed is multiplied into ten. I do not say that [the word:] “Alif Lam Meem” is counted as one letter. Rather, Alif is one letter, Lam is one letter and Meem is one letter”
(At-Tirmidhi)

How Do You Say Surah Kausar In Arabic?
The kawthar word in Arabic is الكوثر. In order to know how to say the name of the surah and its ayat, watch this video, listen closely, and try to imitate what the Imam is saying. Surat Al-Kawthar (The Abundance) | Mishary Rashid Alafasy | مشاري بن راشد العفاسي | سورة الكوثر

You may also learn how to read Surah Kausar with Tajweed when you sign up for Noor academy’s Tajweed classes with professional online teachers who can teach you how to properly recite any Surah in Quran online.
Surah Kausar in Arabic

how many words are in surah kosar?
The shortest Surah of the Quran is Surah Al-Kawthar which has 3 verses and 10 words.

Are you looking for a credible Quran academy that offers online Quran classes for kids?

Noor Academy  ( house of Quran )is a pioneer school in premium online Quran teaching so your kids won’t need translation or transliteration anymore.
Surah Kausar Tafseer For Kids
If you want to teach this surah to your kids being the shortest surah to memorize, here’s a simple Surah Kausar Tafseer for kids you can tell them to explain the main idea of it:

You don’t have to look up every surah’s Tafseer when you want to teach it to your kids. You can sign them up in “Quran for Children” classes at Noor Academy where they’ll learn Quran surahs and their meanings without leaving their home!
surah al Kausar mp3
shorturl.at/kyCX9
Surah kausar word by word
You can memorize Surat Kausar word by word using these simple steps:
Begin by reciting ayah (verse) after ayah.
You read it carefully until you grasp what it means, then repeat it until you have caught all of the sentences.
Ayahs are frequently learned in a 20-minute session.
Then, try to get a sense of the rhythm. Pay close attention and then recite the entire text aloud.
Pronunciation may be improved by using an audio aid.
The Holy Quran may be memorized by hearing it several times. Having audio material with accurate pronunciation,
on hand will help you learn more quickly,
especially if Arabic is not your first language.

Noor and Nora ( House of Quran ) will be their friends during this amazing journey.
Revise daily
Do not start memorizing another ayah until you have reviewed the one you previously memorized.
You can sign up for a revision course with Noor Academy if you want to revise the Quran and never forget it.

You may also find online Quran classes for children if you want them to Memorize Quran with you.