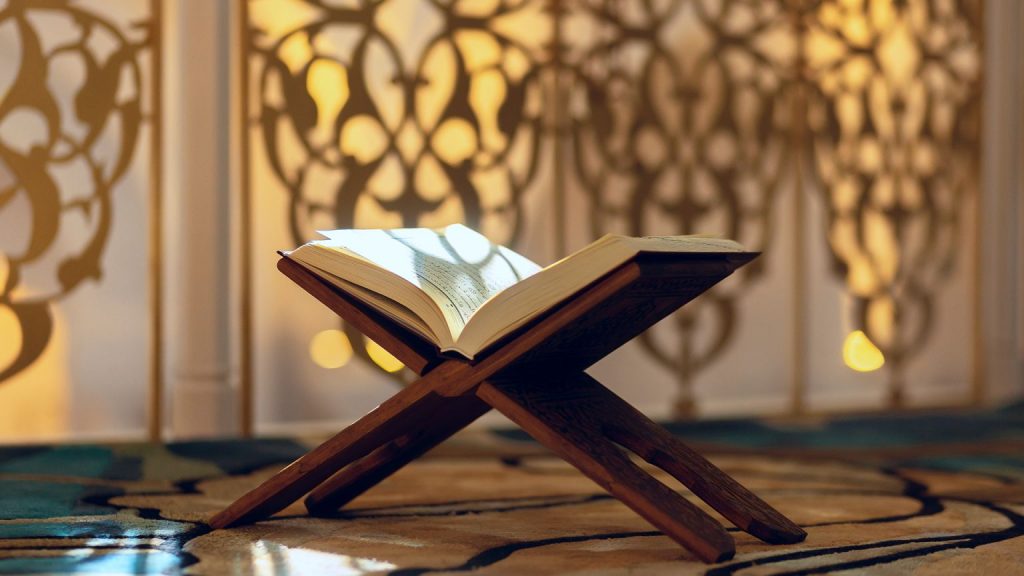 Allah has given Muslims the Quran in order for them to seek guidance. Every Surah has its own meaning. It is composed of a message and an aim.

Surah Muzzammil is one of the priceless Surahs that gives direction and away for a person’s wishes to be accepted.

Do you know the nine benefits of Surah Muzzamil in the Quran? Keep reading to know more.

What Is The Meaning Of Surah Muzzammil?

Muzammil ( Arabic: المزمل‎, means “Wrapped One in Garment” or “Enshrouded One”. The Holy Quran uses this word to describe Prophet Muhammad, peace and blessings of Allah upon him.

“O you who have wrapped up in your garments!”

followed by the actual order:

Where Is Surah Muzammil In Quran?

Surah Muzzamil is the seventy-third chapter (surah) of the Holy Quran containing 20 verses.

It starts on page 574 in Mushaf Sharif. Following the Jinn Surah and followed by surah al muddathir.

In Which Para Is Surah Muzammil?

Surah Muzammil in the 29th para (Juz) of The Holy Quran. This Juz is called Tabarak (Blessed is He [Allah]),

as the first ayah in this Juz is “Tabarak alladhi be-yadhi al mulk” in Surah Mulk.

When Was Surah Muzammil Revealed?

The two sections of surah e muzammil were revealed at different times. The first part (1-19) is definitely a Makki (Meccan) Revelation,

as evidenced by its topic matter and Hadith traditions. While the second one (verse 20) is said to be a Madani (Medinan) revelation.

The tradition does not address when it was revealed in Makkah, but the internal evidence of the subject matter of this section helps in determining the era of its revelation.

This is how we know:-

This demonstrates that this section was revealed at a time when the Holy Prophet (PBUH) had openly begun spreading Islam and the resistance to him had grown active and powerful in Makkah.

Although many commentators believe that the second section (verse 20) was also sent down at Makkah,

some other commentators believe it is a Madani Revelation that was sent down 10 years after the first section, which is supported by the subject matter of this section as well

For it includes fighting in the way of Allah, and certainly, there could be no doubt about it at Makkah;

it also contains the Command to pay the compulsory Zakat, and it is completely verified that the zakat was enjoined at Madinah at a particular rate and with an exemption limit (nisab).

Why Was Surah Muzammil Revealed?

Surah Muzammil, with its two sections, was revealed for several reasons. These reasons include:

Why Do We Recite Surah Muzammil?

It is often thought that Surah Muzammil is read to enhance a person’s wealth, health, and work requirements.

All of a person’s wishes will be fulfilled by Allah’s will when they read this Surah. T

Recite Surah Al Muzammil after every prayer, or 5-7 times each day, and ask Al-Mighty Allah for your desire,

and He will grant you insha’Allah. For example, if you are unemployed and having difficulty finding work, Allah SWT will answer your prayers.

If you want to learn how to read the Quran online, check out the Noor Academy course of Online Quran Recitation.

although a professional Quran tutor can teach you how to flawlessly recite Surahs.

Ever wondered what makes this Surah so special that people gather to read it multiple times? Here are 9 benefits of Surah Muzammil read you can take advantage of:

The Holy Prophet (PBUH) was commanded to “prepare yourself to shoulder the responsibilities of the great Mission that has been entrusted to you (prophecy);

its practical form is that you should rise during the hours of the night and stand up in Prayer for half the night, or for a little more or less of it.”

Then he was encouraged to “devote yourself entirely to that Allah Who is the Owner of the entire universe.”

“With complete heart joy, entrust all your affairs to Him. Keep your calm no matter what your opponents say about you.

Don’t go too close to them. Leave their issue to Allah; He will deal with it.”

Those in Makkah who were fighting the Holy Prophet (PBUH) had been informed, so as to say: “We have sent a Messenger to you, just as We did to the Pharaoh.

Consider what happened to Pharaoh when he refused the invitation of Allah’s Messenger.

How will you spare yourself from the punishment for unbelief on the Day of Resurrection if you are not punished by anguish in this world?”

The new command later included “Offer as much of the Tahajjud Prayer as you easily can,

but what the Muslim should particularly mind and attend to is the five times obligatory Prayer a day,

which they should establish regularly and punctually; they should discharge their zakat dues accurately,

and they should spend their wealth with sincere intentions for the sake of Allah.”

Finally, Muslims were encouraged, stating, “Whatever good acts you accomplish in the world will not go to waste,

but they are like the provision which a traveler sends up ahead of time to his permanent place of residence.”

If you’re thinking about learning Tafseer so you can understand the precise meaning of al Quran al Kareem on your own,

You get to learn Islamic studies online for kids and online Arabic classes for kids with a qualified Quran teacher.

that knows how to explain Quran messages for you in order to understand what you’re reciting.

You can memorize surah muzammil using these simple steps:

You read it carefully until you grasp what it means, then repeat it until you have caught all of the sentences.

Ayahs are frequently learned in a 20-minute session.

Then, try to get a sense of the rhythm. Pay close attention and then recite the entire text aloud.

The Holy Quran may be memorized by hearing it several times. Having audio material with accurate pronunciation,

on hand will help you learn more quickly,

especially if Arabic is not your first language.

Do not start memorizing another ayah until you have reviewed the one you previously memorized.

You can sign up for a revision course with Noor Academy if you want to revise the Quran and never forget it.

In the name of Allah, Most Gracious, Most Merciful.

The Holy Qur’an teaches us all of the worldly manners and rules that will make our way to Heaven. Therefore, Soorathul Muzammil came to teach us the following;

1- The necessity of reliance on Allah in all situations, so that we achieve what we want.
2- Soorathul muzammil called for performing qiyaam al layl, all or part of it, as she clarified the virtue of qiyaam al layl in bringing people closer to their Creator, and that the best time in which Allah responds to his servant is during qiyaam al layl, especially in the last third of it, because he who abandons his bed and fights the pleasure of sleep is a sincere servant who does not Hypocrisy in his worship, for he is a slave who has kept Allah away from people’s eyes, and this is considered one of the loftiest meanings of slavery, and Allah praised these people as He described them as His possessions on earth, as He praised them in His Quran by saying: They seek forgiveness (18)}, so the night prayer brings peace of mind, the tranquility of the soul, and the light of guidance.
3- The noble surah also mentioned some of the stories of the perished people, because of their denial of the messengers, which is a lesson for us so that we reflect and not fall into their mistakes.
4- Soorathul Muzammil also clarifies the necessity of doing good deeds, for it is one of the reasons for drawing closer to Allah, just as the virtue of good deeds is great with Allah.
5- The surah also highlighted the events on the Day of Resurrection, from the horrors and determining people’s destinies, in order to motivate us to always do good deeds until we win this day.
6- She emphasized that the one who disbelieves in his Lord will only receive severe punishment and denial because he has wronged himself by his disbelief.
7- Surat Muzammil also called for the necessity of patience in the face of adversity, and recourse to Allah

How Many Meccan Surahs Are There?

There are 74 surahs that were revealed in Makkah. The first Meccan period had 53 Surahs while the second Meccan period had 21 Surahs. These surahs have ayah ranging in length from twelve to twenty syllables on average.

How Many Meccan And Medinan Suras Are There?

There are 74 Meccan Suras, 21 Medinan suras, and 19 suras that are argued about whether it’s Meccan or Medinan. Suras that talk about Islamic regulations and obligations are typically Medinan, while suras that have prophets’ stories are often Meccan.

Which Surah Is Called Beauty Of Quran?

Surah Ar-Rahman is called the beauty of the Quran. It’s also called Aroos-ul-Quran. Surah Ar-Rahman (The Most Beneficent) is the 55th Chapter (Surah) of the Holy Quran with 78 verses (ayahs)

surah muzammil in which para