Surah Nuh | How Many Times Mentioned In Quran? 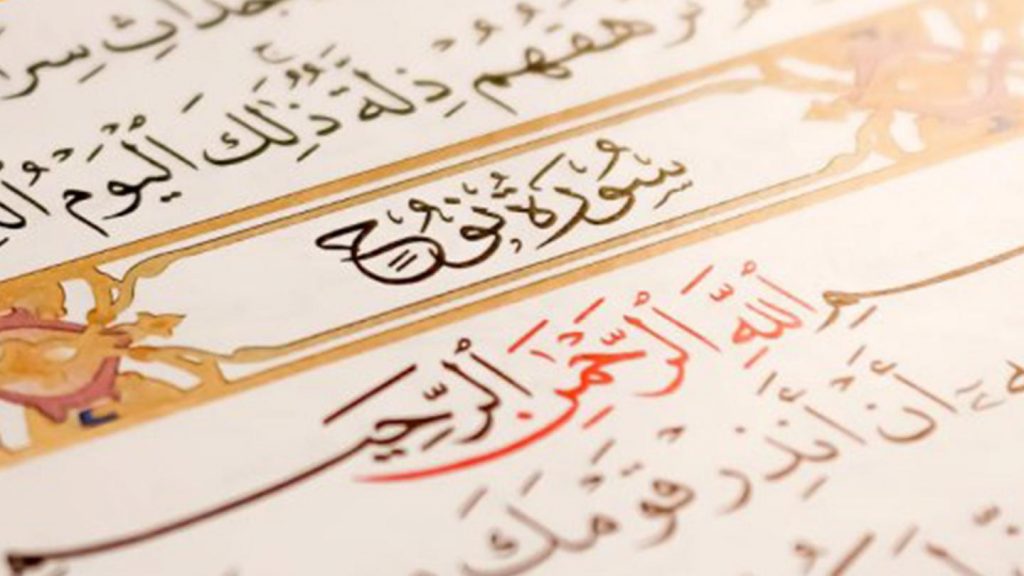 What do you know about Prophet Nuh? And how many lessons do you think we get from Surah Nuh? Keep reading to know more about Surah Nuh themes, reason of revelation, and the lessons learned from the whole story.

What is Surah nuh?

prophet Nuh is the Quran’s seventy-first chapter (surah), and it has 28 verses (ayat). Surah Nuh is about the Islamic prophet Nuh, also known as Noah,

and his concern over his people from the Bani Raseb tribe ignoring the warnings given to them by Allah through Nuh.

Noah’s purpose was to warn his people, who had fallen prey to wickedness and evil. Allah SWT assigned Noah the task of preaching to his people,

encouraging them to forsake idolatry and worship only Allah. According to the Quran, Noah’s teaching and prophethood lasted 950 years.

Where was Surah Nuh revealed?

Surah Nuh was revealed in Mecca, which means that it was revealed while Prophet Muhammad (Peace Be Upon Him) was attempting to establish a Muslim community in Mecca.

Surah Nuh was intended to strengthen believers’ belief; it demonstrates that Nuh had problems dealing with the disbelievers of his day before Muhammad (PBUH).

What does the Quran say about Noah?

Aside from the fact that Prophet Noah had a whole chapter telling his story, the Quran mentioned him in great positions.

He was praised by Allah among other prophets in multiple verses (ayah) of the Quran. In Surah al-Israa, Allah SWT said:

“O descendants of those We carried [in the ship] with Noah. Indeed, he was a grateful servant.”

He was mentioned along with other great Prophets of Allah in this verse too:

Apart from his story was also mentioned in other verses where Allah SWT shows how He bestowed His blessings on Nuh and his descendants for being the doers of good.

“And Noah had certainly called Us, and [We are] the best of responders. And We saved him and his family from the great affliction. And We made his descendants those remaining [on the earth]. And left for him [favorable mention] among later generations. “Peace upon Noah among the worlds.” Indeed, We thus reward the doers of good. Indeed, he was of Our believing servants.”

And said, ‘Never leave your gods and never leave Wadd or Suwāʿ or Yaghūth and Yaʿūq and Nasr.’1

Do you want your kids to read the Quran online by themselves and understand every word? Sign them up in “learn Quran for kids” courses,

with Noor Academy and watch them learn with Noor kids in an enjoyable and valuable journey.

What does the story of Nuh teach us?

Prophet Nuh (PBUH) spent 950 years of his life urging the same people to believe in Allah without any inaction to obey Allah’s command to him.

He tolerated lots of abuse and harassment just to get those people to listen to what he has to say.

After those 950 years of prophethood, the followers of Nuh were only 80 people. This made him desperate and lost faith in his wicked people.

When he felt that, he turned to Allah SWT and made Dua get him out of his misery.

“And Noah said, “My Lord, do not leave upon the earth from among the disbelievers an inhabitant. Indeed, if You leave them,

they will mislead Your servants and not beget except [every] wicked one and [confirmed] disbeliever.”

When Nuh turned to Allah SWT and made Dua never leave these wicked people on earth, Allah listened to him and gave him the final order to break free.

He ordered him to make a huge ship that will carry Nuh and his followers only to leave others to drown.

“And it was revealed to Noah that, “No one will believe from your people except those who have already believed, so do not be distressed by what they have been doing.

And construct the ship under Our observation and Our inspiration and do not address Me concerning those who have wronged; indeed, they are [to be] drowned.”

Allah can give us wonders

Of course, no one took Nuh seriously when he started to make the ship. The place they were living in had no water bodies and the idea of the ship sounded bizarre.

Nuh’s people mocked him and said he lost his mind. They didn’t know it was one of Allah’s miracles.

“And he constructed the ship, and whenever an assembly of the eminent of his people passed by him, they ridiculed him.

When Nuh was done making the ship, Allah ordered the skies to release its water.

A huge amount of rain flooded everything and only those who believed in Nuh survived, by the power of Allah’s miracles.

“[So it was], until when Our command came and the oven overflowed, We said, “Load upon it [i.e., the ship] of each [creature] two mates and your family,

except those about whom the word [i.e., decree] has preceded, and [include] whoever has believed.” But none had believed him, except a few.”

There are endless lessons we can get from the Quran online. Imagine how wonderful it’ll be if your kids grow up learning these lessons and applying them.

Online Quran learning for kids is a great idea to introduce your kids to the Quran and Islam.

The ayat 12 in surah nooh is an extension of the previous ones where Allah SWT says:

“And said, ‘Ask forgiveness of your Lord. Indeed, He is ever a Perpetual Forgiver. He will send [rain from] the sky upon you in [continuing] showers”

The previous ayat basically showed the benefits of Istighfar. Allah promised us enormous gifts and blessings in money and family when we say “Astaghfirullah”.

Ask Allah to forgive you sincerely, and Allah will shower you with earthly benefits as you prepare for the blessings of the hereafter. You don’t have to request rain.

You don’t request the children or the money. In this world, you don’t have to beg for gardens and rivers. To obtain all of that, you must genuinely say “Astaghfirullah.”

Teach your kids more about Istighfaar and other supplications that can give them lots of blessings in this world and the hereafter.

Sign them up for al Quran for kids course at Noor Academy and guarantee quality Quran online learning for your kids.

In the name of Allah, The Most Gracious and The Most Merciful

The Quran mentions Nuh’s prophethood in fragments in Surah Nuh. Nuh is Allah’s messenger. When Nuh saw the messages were not being received by the people,

he prayed to Allah, who had prepared to flood the Nuh village at a certain moment?

Allah instructed Nuh to warn the people about the impending flood. Allah sends down water from the heavens to validate Nuh’s word.

The flood was a sign of Allah’s kindness to the faithful in the Quran. It also symbolizes how Allah creates a new beginning for the world.

Because the disbelievers rejected Allah’s word and prophet Nuh, they were drowned in the huge flood.

Both Muhammad and Nuh’s lives are parallel throughout the duration of the revelation of this,

surah as they both struggled with people who won’t embrace the worship of one Allah.

now! You can also allow your kids to do the same through “learn to read Quran for kids” lessons with no need for transliteration ever again.

Sign up for Noor Academy’s Quran for kids courses and let your children learn the accurate Quran recitation and word pronunciation even if Arabic is not their first language.